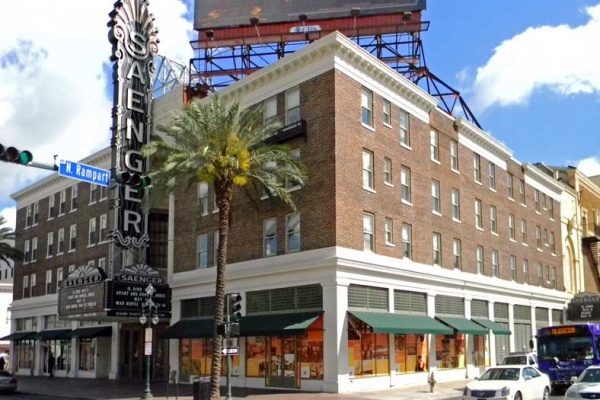 BUILDING HISTORY & INFORMATION - Located in the French Quarter in downtown New Orleans, the Saenger Theatre was originally opened on February 4, 1927. Emile Weil, the noted New Orleans architect, designed this 4,000 seat theatre in the style of an Italian Baroque courtyard. Unique technological features were employed including 150 ceiling lights arranged in the shape of star constellations and machines used to project images of the sun and moving clouds across the interior of the theatre. Additional adornments included Greek and Roman statues along the walls and statues of Venus along the upper rim of the auditorium. In 1929, Julian Saenger sold the theatre for $10 million to Paramount Publix. Throughout the following decades the Theatre changed hands, was renovated into a performing arts center, and was later added to the National Register of Historic Places. Throughout this time, the theatre hosted musical concerts in many different styles, theater shows, and presentations.

In 2005 during Hurricane Katrina the Theatre suffered substantial damage with the water line reaching about one foot above the stage. This also meant that the basement and orchestra seating area also suffered water damage. Also damaged was the Robert Morton Wonder Organ, administrative offices, and the Theatre’s box office on Rampart Street. In 2009 New Orleans officials announced that ownership of the Saenger Theatre would be turned over to the Canal Street Development Corp., a city agency, who would lease the building to the Saenger Theatre Partnership, Ltd. for 52 years, with the condition that at least 80 shows and 100,000 tickets are sold annually.

$53 million dollars was raised in a combination of federal, state, and private funding, with the renovation beginning in 2012. Extreme care was followed during the renovation to return Saenger Theatre to its original state. Following preservation guidelines from organizations including the National Park Service, original building details were restored in a variety of ways including stripping paint to identify original building colors and using historic photographs to match the design of doors, lighting fixtures, windows, floor plans, and marquees. Modern updates were also integrated at this time including central air conditioning, and the replacement of the original “constellation” ceiling lighting with modern LEDs.

PARRETT’S WORK - Parrett manufactured (24) aluminum clad sash set stationary window units for this project featuring hurricane impact glazing which consisted of insulated laminated glass with a Low-E coating. To enhance visibility through the windows, low-iron Starphire glass was specified. A custom color AAMA 2605 (Kynar) exterior paint finish was also utilized on the aluminum clad exteriors as well as the custom profiled aluminum muntin bars. Custom sash widths were designed to match original window units and a 2-1/2” sash thickness was employed to accommodate the required glazing method for the hurricane impact glass. These windows were installed into openings up to 70 sq ft in size. Parrett was proud to be part of the history of the Saenger Theater!