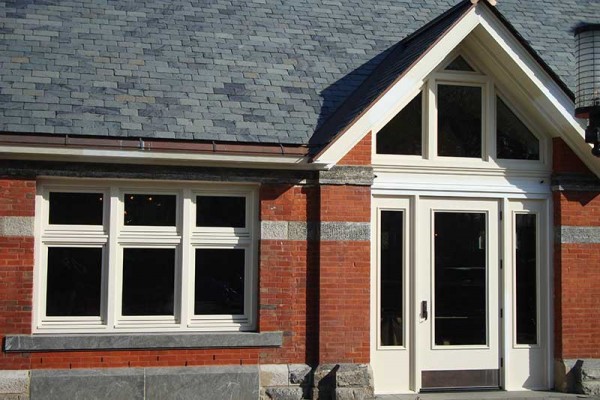 HISTORY – New York City’s Tavern on the Green in Central Park at 67th Street on the Upper West Side was constructed in 1870. It was initially built to house 200 sheep that grazed in Central Park’s Sheep Meadow. It became a restaurant as part of a 1934 renovation of the park under Robert Moses, New York City’s Commissioner of Parks. The restaurant, between 1934 and the mid-2000’s, had undergone numerous renovations and additions because of its huge success. The restaurant in 2007 had gross revenues of $38 million, from more than 500,000 visitors, making it the second-highest-grossing independent restaurant in the United States (behind The Venetian’s Tao restaurant in Las Vegas, at $67 million). In September 2009, the restaurant filed for Chapter 11 bankruptcy protection in the United States District Court for the Southern District of New York, located in New York City, citing the 2009 national financial crisis and the August 28, 2009 loss of the restaurant’s operating license.

RENOVATION – In an effort to enhance the restaurant and make it financially stronger, areas of the building that were deteriorated were removed and the remaining area was restored. The building was reduced from 31,000 sf to 14,436 sf. The rebuild Tavern on the Green also helps expose the classic original design of the building. It is said to be one of the city’s finest examples of Victorian Gothic architecture. After undergoing the two-year multi-million dollar renovation, Tavern on the Green reopened as a restaurant on April 24, 2014. The building will obtain LEED Silver.

PARRETT’S WORK – The windows and doors were constructed of sapele mahogany that was factory finished to the exterior. Every detail was custom profiled to match to the original openings per the request of NYC Landmark, including custom additional blocking behind the window jamb to assist the installer with the unique jobsite framing conditions. The glazing consisted of 1” dual insulated glass with a laminated inboard lite for improved sound deadening and a high performing LowE coating on the number two surface. The grill patterns were True Divided Lite (TDL). 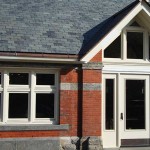 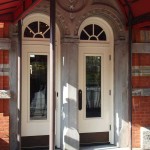 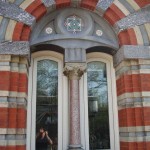