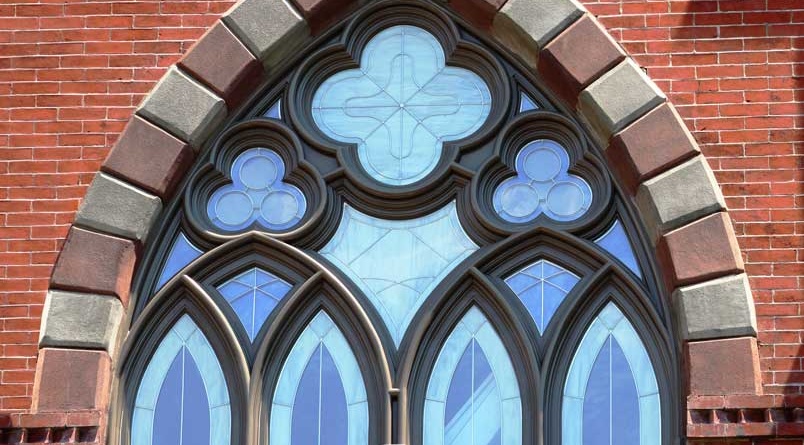 This church and parsonage located within the Van Vorst Park Historic District of Jersey City was built in 1874. Although it was constructed on behalf of the Scotch Presbyterian Congregation, it was often referred to as the “McKenzie Church” as George R. McKenzie provided a sizable portion of the initial funding. McKenzie was able to fund the church due to his position as President of the Singer Sewing Machine Company, which he grew to later be referred in 1882 as “one of the largest and wealthiest companies in the world.”

The architect behind the design of this “gothic style” yet understated church is unknown but is often assumed to have been designed by Edward Simon as he had a history of working with George R. McKenzie, and had built a similar church in the Greenville section of Jersey City.

Dixon Advisory USA purchased the church and parsonage building after the church filed for bankruptcy in 2013, citing an earlier 2007 fire as a primary cause.  Dixon teamed with the respected renovation team of Jersey City-based Coastal Points Construction LLC to ensure that the historically accurate renovation would allow the building to retain its authenticity yet still provide the modern conveniences expected in a high-end, multi-family residence.  Residences will be available for purchase as of July 2020.

These all-wood, mahogany window and door units were painted in the Parrett factory and featured either insulated decorative glass or Low E glass depending on the installed location.

Stationary Architectural
Windows
Click the Image Below to Learn More

Crankout
Casements
Click the Image Below to Learn More