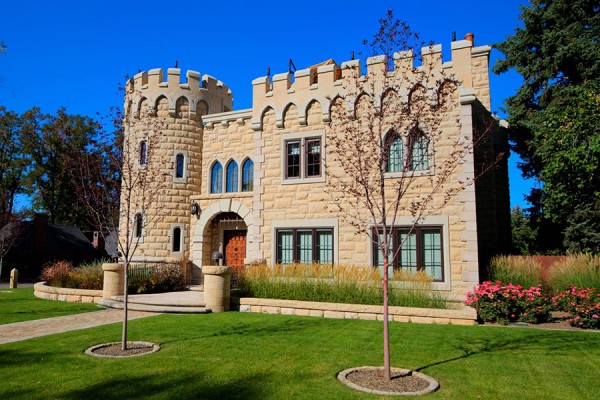 This beautiful castle has several traditional Medieval features such as massive winding staircases located within the tower/turret, and a family crest etched into the stone. At the top of the house, a lookout will be featured, allowing the viewer to see all the way to the Boise State Stadium.

The project consisted of Parrett’s all-wood Pushout Historic Casements. The windows were constructed of Sapele Mahogany that was wire brushed by Parrett for a rustic look. Parrett also incorporated  Phantom Screens that were built into the head of the window for a very clean and concealed look. The glass consisted of a dual insulated glass unit with LowE on the #2 surface. The hardware matched the rustic look by utilizing Phelps single point locking handles & historic stay bars. 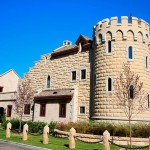 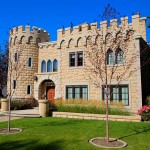 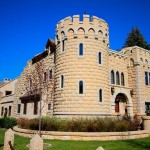 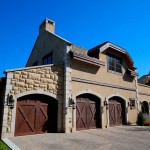