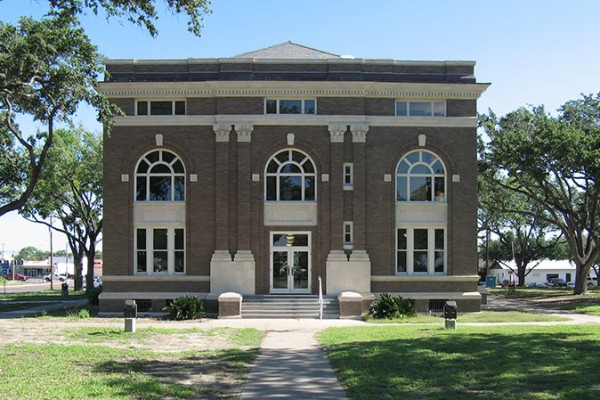 Parrett is proud to announce the completion of the Brooks County Courthouse in Falfurrias, Texas. The courthouse is part of the Texas Historic Courthouse Preservation Program (Phase IV grant) from the Texas Historical Commission (THC). Gov. George W. Bush and the Texas Legislature created the Texas Historic Courthouse Preservation Program in 1999 with an initial appropriation of $50 million. The THC distributed $42.4 million in matching grants to 19 counties in Round I of the program in May 2000; an additional $7 million to 28 counties for planning and stabilization during Round II in October 2000; and $48 million to 25 counties for full restorations during Round III from April 2002 through January 2003. Phase IV consisted of $43 million to 28 Texas counties to help preserve their historic courthouses (Brooks County received $2,619,835 of that sum).

Created in 1911, Brooks County was named for State Legislator James A. Brooks (1855-1944), who served as the first county judge. Edward Lasater (founder of Falfurrias) deeded this courthouse site to the Commissioners Court. The brick courthouse was designed by San Antonio architect Alfred Giles (1853-1920), who planned numerous public buildings in Texas and Northern Mexico. The building was recorded as a Texas Historic Landmark in 1977.

The windows and doors were all constructed out of solid White Oak, prefinished by Parrett on the exterior with a high performance poly paint, and natural unfinished interior. The glass make-up was 1/4″ Clear Laminated Glass with 7/8” True Divided Lite (TDL). The operating windows consisted of a true historic Weight & Chain hardware system with metal weather-stripping. Some of the openings were 57” Wide x 125-1/4” Tall and incorporated all of the original wood window profiles. 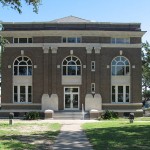 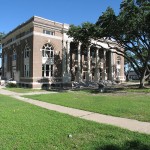 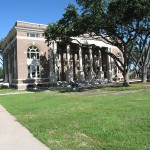 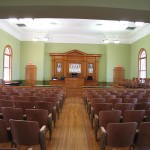