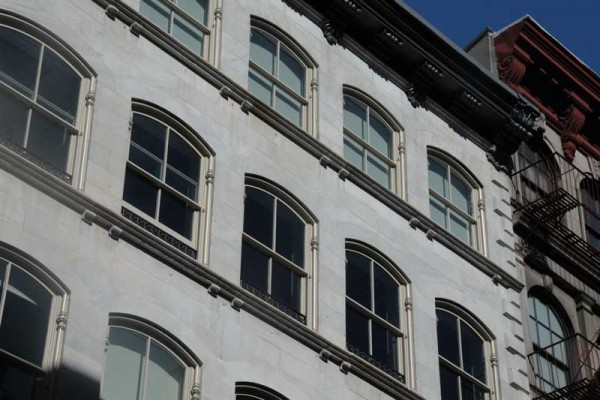 Parrett Windows & Doors was proud to be part of the 50 Howard Street project in New York City, NY. The windows were made to exact architectural specifications to ensure the historical integrity of this beautiful site. The General Contractor overseeing the project was KLM Construction.

The Soho Historic District which consists of 26 blocks and roughly 500 buildings is know around the world for its distinctive cast iron architecture. The process of using cast iron in New York City began around the mid-1800’s. The cast iron construction method had three main advantages at the time: