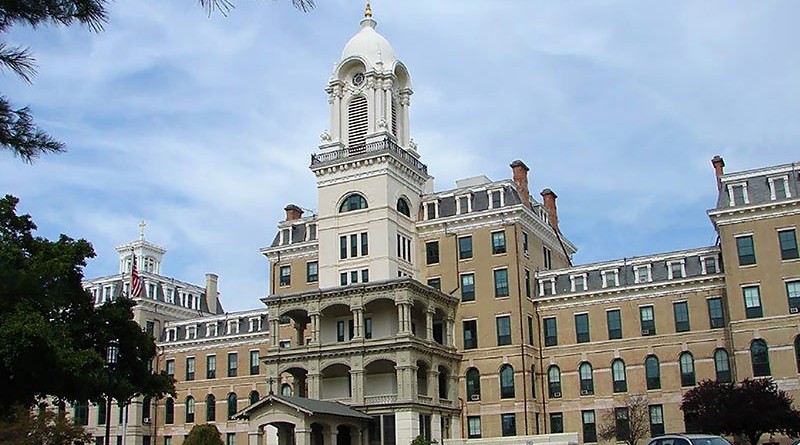 The Sisters of Charity of Saint Elizabeth are a Roman Catholic apostolic congregation, based in the Convent Station area of Morris Township, New Jersey. The Administration Building also known as the “Motherhouse” was built in the 1860’s under the direction of Charles P. Keely (Original Architect). Keely was the preferred architect of the Catholic Church during the second half of the 19th century here in America.

Joseph DeMaria (Architect) and Sister Barbara Aires (Owner Representative) had three major goals to accomplish with the window replacement: 1) Prior to the renovation all the windows were originals from the 1860’s. The new windows needed to be built to a similar quality as the originals to last a similar timeframe. 2) Windows needed to be consistent with the style of the building which is Second Empire Baroque. 3) The most important factor was the operating force and operating weight of the sash. The goal was set at “It had to be able to be lifted by an eighty-five pound, eight-five year old Sister”. The Parrett Windows team custom designed a beautiful extruded aluminum clad weight & pulley mahogany window system that fulfilled the window specifications. According to Joseph DeMaria, “Parrett’s product by far exceeded the capability of the others considered.”

The project consisted of 430 replacement windows that included all the rooms which house the Sisters. Sister Jean Stablile is one of the Sisters enjoying the new windows. “Because the new windows protect so well, I can sit two feet away from the windows on the coldest, windiest day and still be comfortable, “ she says. “We all have noticed a big difference!” That difference according to energy analysis will save the Sisters upwards of $25,000.00 per year in heating and cooling costs.